With more than 75 years’ combined travel industry experience, our executive team is hands on throughout our business - supporting teams, overseeing projects and keeping in touch with our customers around the globe.

Saad joined Key Travel as Group CEO in November 2017. He brings considerable international executive and non-executive experience, both from the travel industry and other sectors.

Previously, Saad was Group CEO of Flybe, Europe’s largest regional airline, where he led a turnaround which in 2016 returned the business to profit for the first time since its flotation on the London Stock Exchange in 2010. From 2005 to 2009 he was Chief Commercial Officer at easyJet plc, where he was responsible for the airline’s commercial transformation. He has also been a Non-Executive Director of three international airlines in Europe, North America and Turkey.

Saad grew up in Beirut, Lebanon, and is a UK national. He holds a BA (Hons) in Politics, Philosophy and Economics from Oxford University and an MBA from INSEAD. He is married with two children and is a big tennis fan.

Simon, our Group Finance Director, joined the business in October 2017 as Group Financial Controller and played pivotal roles in the sale of the business from Livingbridge to Elysian Capital and the acquisition of Raptim Humanitarian Travel in 2018.  Simon is a qualified Chartered Accountant with over 10 years’ experience in private equity backed, dynamic businesses and has been a key part of a number of successful private equity investment cycles and exits.

Simon has a BA in Business Studies and a Master’s in Business Management from the University of Hull. He is married with 3 children and is a keen Manchester United supporter. 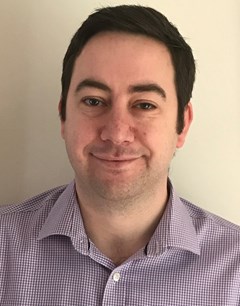 Damian joined Key Travel in February 2019 as Transformation Delivery Director. He has a strong track record of delivering global change programmes in the travel, leisure and insurance sectors, most recently at Amex Global Business Travel.

Damian has led large global process re-engineering and project management teams to deliver multi-million dollar efficiency, integration and IT transformation programmes. He enjoys working with teams that have the drive and enthusiasm for continuous improvement and enhancing client impact

A certified Six Sigma Black Belt and APM Programme Manager, Damian is a graduate of Aberystwyth University in Wales. He is married with two daughters and owns a wonderful Irish setter called Jasper.

Daniel Morris, our Group IT Director, joined Key Travel in 2012 and has over 15 years’ experience working within IT and a specialism in Travel technology.

Daniel has held a number of roles within the IT function throughout his time at Key Travel and has benefitted greatly from Key Travel’s continued focus on investment in people.  He has illustrated a strong track record of delivering key transformational projects and innovative IT solutions within the travel sector, helping Key Travel win the BTA innovation award on two separate occasions for tools developed while working at Key Travel.  As Group IT director, Daniel’s focus is on the continued development of proprietary technology whilst simultaneously leveraging market-leading external technologies.

When not working with technology, Daniel is passionate about cooking and is on a mission to make a perfect Neapolitan pizza. 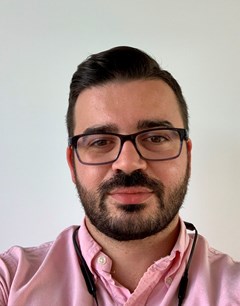